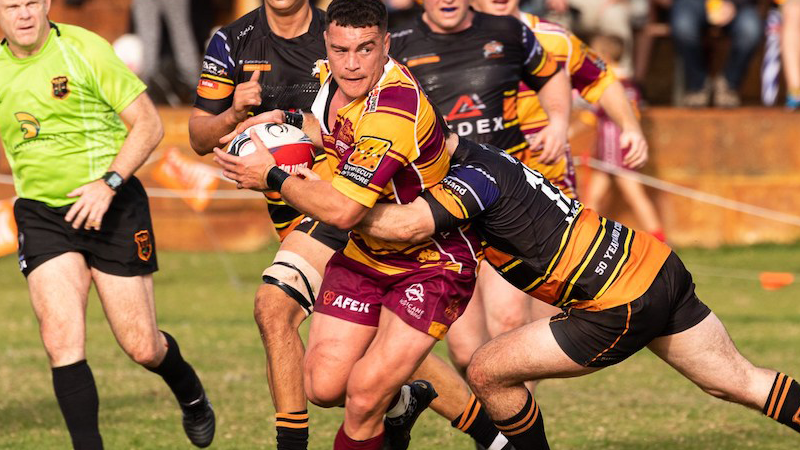 Growing WA rugby talent from the ground up

With the historic Super Rugby AU season still fresh in our minds, the Western Force is working hard on ensuring the development of local WA talent for the future as we prepare for an exciting 2021 season.

A new Force Academy structure has been designed to ensure Western Australian players are given the best possible chance to represent WA at the highest level.

High performance manager Anton Zackey, in collaboration with head of rugby Matt Hodgson and RugbyWA, has played a vital role in creating a homegrown focused pathway.

“Building a successful pathway requires us to inspire from top-level, while nurturing the developing talent in grassroots, so that’s what we’ll be striving to achieve,” Zackey explained.

“World-class players such as Rob Kearney, Tevita Kuridrani and leaders like Ian Prior and Marcel Brache will help inspire our next generations but will also provide key mentorship to our current emerging players.

RugbyWA will oversee two groups of emerging players (under 16 and under 18) who will be striving to graduate into the Force Academy, which includes an emerging playing squad and a wider training squad.

The programme is designed to continue Dr Andrew Forrest AO’s commitment to grassroots rugby in WA by forging a stronger connection between the community and the professional team.

“We have a long-term strategy in place and we’re confident we can further strengthen the presence of WA players within Australian representative squads of all ages, as well as the Force team,” Hodgson said.

“Dr Forrest’s generous contribution to community rugby at junior, school and club levels allows us to ensure that all WA talent has the support and opportunity to pursue their dreams of playing for the Force and then for Australia.

“Whilst we focus on creating a strong pathway, we will be keeping a close eye on all aspects of their development to make sure we are producing people that the sport and WA can be proud of.”

Zackey explained that although there is a pathway structure which will help grow WA representation in the team, selection for the academy is not exclusive to those in the pathway programs.

“We will be paying close attention to all levels in the community so talented players who may not have been selected for their respective pathway programs are not forgotten,” Zackey added.

“Furthermore, the programs incorporate an open-minded and holistic approach with a focus on areas other than just rugby, but off the field with personal development and building relationships with their club and school teams.”

Further updates on the exciting developments in this area will be announced shortly.