The Western Force has recognised its most consistent players for the 2021 season at the annual Nathan Sharpe Medal awards dinner, with WA players winning big on the club’s night of nights.

After enjoying an outstanding Super Rugby AU and Trans-Tasman campaign, homegrown local talent Kane Koteka was named the winner of the prestigious Nathan Sharpe Medal for 2021.

The first-ever graduate from the Future Force Foundation program to become a fully-contracted player for the club, Koteka led the medal tally with Wallabies hooker Feleti Kaitu’u coming in second place.

“Kane took his game to a new level this season with his consistency with and without the ball,” Hodgson explained.

“His hard work during pre-season paid off with his attacking prowess shining through, as he energised the squad in key moments throughout the campaign and thoroughly deserves this award.”

The winner of the medal is determined by each member of the matchday 23 voting for the best three players on the ground following each game.

Hodgson was full of praise for the versatile 20-year-old.

“Ollie is an exciting Perth-raised player who has showcased his immense ability on the big stage,” Hodgson said.

“He is one of the most consistent trainers at the club and is someone who is unphased by the opposition, which was on full display against the Crusaders and in a superb Man of the Match performance against the Blues at Eden Park,” Hodgson said.

The Members’ MVP went to Force favourite and former All Black Jeremy Thrush.

Thrush’s consistent hard tackling and never-say-die attitude also saw him named the Retravision Force Man of the Match for his inspiring performance in the club’s first Super Rugby finals appearance against the ACT Brumbies in the capital.

“Jeremy is playing the best rugby of his career and is someone who gives his all in everything he does, which is clear to see every time he pulls on a Force jersey. He’s a great clubman and this award is a testament to his character,” Lewis said.

The Force Man Award recognises a player’s contribution in representing the club values both on and off-field, as voted for by the coaching staff. This year’s Geoff Stooke Force Man was presented to World Cup-winning All Black Richard Kahui.

Kahui’s experience, leadership and class during the season, along with his willingness to share his wisdom with the developing players within the squad played a pivotal role in the success of the team in 2021.

Kahui is an exceptional example of a role model to those around him according to Hodgson.

“Kahui always has time for others and improves everyone around him. He embodies the Force values in such an authentic and consistent manner.” 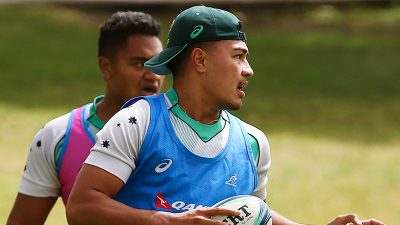 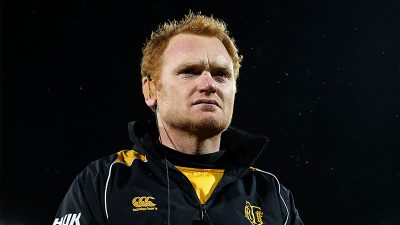 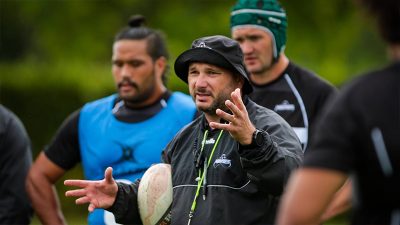