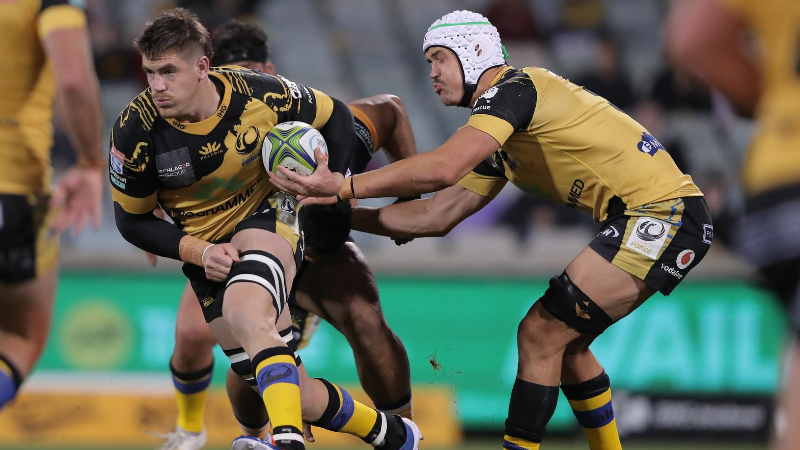 The Western Force put in a strong performance in their 14-31 result against the Super Rugby AU leaders at GIO Stadium in Canberra.

The Force were in the game at 14-17 with 20 minutes to play but were unable to contain a Wallaby-laden Brumbies outfit in the closing stages. The Brumbies scored five tries to two to secure a home Grand Final. The hosts led 10-7 at halftime after weathering an early Force storm.

The Western Force opened the scoring in the ninth minute after a powerful start that saw them dominate the opening period, maintaining possession and pinning the Brumbies inside their 22 with some impressive attacking play.

After declining two penalty opportunities within five meters of the Brumbies line – opting instead for the lineout – the Force controlled the ball in broken play to launch a barrage of attempts at the Brumbies line. With the Brumbies defence under pressure, they eventually created an opportunity for flanker Fergus Lee-Warner to get across the line. Scrumhalf Ian Prior converted to put the Force 7-0 ahead.

The Force kept up the pressure with great rhythm in attack and resolute defence to keep the Brumbies’ physical runners at bay.

The hosts maintained the pressure and were rewarded in the 32nd minute when an overlap was created for winger Tom Wright to score. Bayley Kuenzle was unable to convert, keeping the Force 7-5 ahead.

On the stroke of half-time, the Brumbies created a second try to lead 10-7. They secured possession from a five-metre lineout and took the ball wide for fullback Tom Banks to score. Kuenzle was again unable to add the extra two points.

The Force started the second half similar to the first, getting themselves into the Brumbies 22 and initiating a series of powerful mauls from lineout play, after opting to kick for touch from penalties. Unfortunately, they were unable to make their advantage count as the Brumbies defence held firm.

Twelve minutes into the second half, the Brumbies scored their third try, taking play through several phases and creating an opportunity for flanker Will Miller to breach the Force line. Kuenzle added the conversion to increase the Brumbies’ lead to ten points at 17-7.

The Force were undaunted by the score, remaining focused and getting back into the Brumbies half to create their second try just four minutes later. With the ball going wide from a maul, flyhalf Jono Lance exploited a gap in the Brumbies defence to cross the line. Prior added the conversion to reduce the deficit to three points at 17-14 with 20 minutes to play.

With the Brumbies bringing on four Wallabies from their bench, they were able to restore their ten-point advantage when they won a free-kick and moved play into the Force 22. They then moved the ball wide for replacement winger Len Ikitau to score in the corner. Kuenzle added the extra two points to move the score to 24-14.

The Brumbies scored their final try in the 75th minute when winger Andy Muirhead pounced on a grubber kick to beat the retreating Force defenders to the line. Kuenzle added his third conversion to move the score to 31-14.

The Force launched a final assault on the Brumbies line in the dying seconds but were unable to breach the defence.