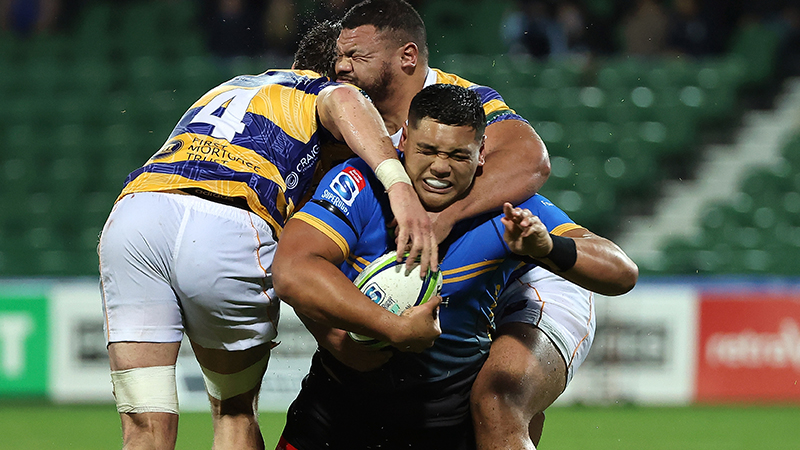 Last Friday night was an occasion to remember for a number of reasons, but perhaps most importantly, the Western Force took on the Bay of Plenty with two Force Fortescue Academy players in the team.

Powerful forward Zantana Tupuono-Pomare and skillful back Finn O’Callaghan experienced their first taste of professional rugby for the Force in the club’s 24-19 win over the New Zealand provincial side in front of the Sea of Blue at HBF Park.

Academy Head Coach Dylan Parsons is thrilled for the pair after they both enjoyed 10 minutes of action in the victory.

“They both found out late in the week that they would be playing against Bay of Plenty, so what was really positive from a coaching point of view was the way they were able to adapt to selection with limited preparation” Parsons noted.

“Finn found out the day before at the captain’s run and Zan passed his fitness test on Wednesday to play, so for them to have had that shortened build-up and still not be overwhelmed by the occasion was pleasing to see.”

“They were really excited and looked to get involved as much as possible once they got onto the field. It’s about the experience and they made the most of it.”

It was a fantastic night for WA rugby, with over 50% of the matchday squad involving local products, with two Force Fortescue Academy players and five Future Force Foundation graduates, including Grason Makara and Jackson Pugh, who recently re-signed with the club.

“What stood out to me most was the feeling of walking on the ground after the game and seeing their families and friends, as well as young fans showing them love. The smiles on Zan and Finn’s faces were priceless and it’s the type of moment that makes coaching so rewarding,” Parsons explained.

“Any time you go out there on the field with the Force jersey on is a special occasion. A big part of what we’re trying to achieve here in the Academy is to build a connection to the jersey and for it to really mean something whenever they earn the opportunity to pull it on.”

The duo backed up their performances against Bay of Plenty the next day for their respective local Fortescue Premier Grade club Nedlands, as they continue to develop their game.

“There’s a seven-week training block that the Force senior team are now moving into, which all the Academy players will be involved in. They will be part of the full training, which will give them invaluable experience and lessons to continue their pathway to playing Super Rugby for the Force,” Parsons said.

“It was also great to see Dante Tatafu (Perth-Bayswater) and Keenan Wentholt (Wests Scarborough) playing in the curtain-raiser before the Force match. They usually sit in the players stands watching, so to have had the chance to run out on HBF Park and play for their local clubs, which they have played for since their junior days, was fantastic,” Parsons said.

“This will motivate them to play in the Force jersey in the same stadium in the future.” 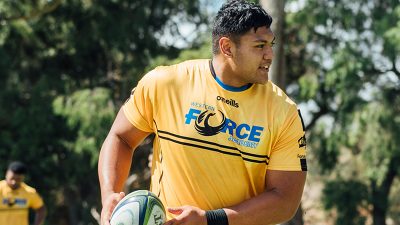 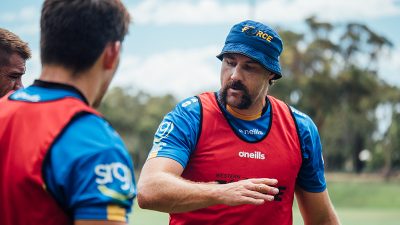 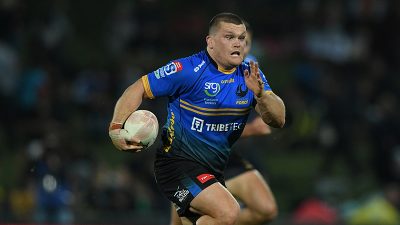