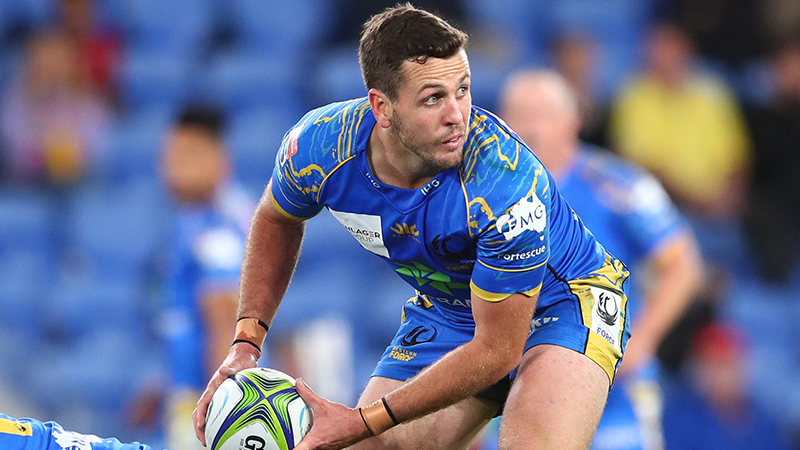 The Western Force is thrilled to announce that captain Ian Prior has signed a new two-year deal to remain at the club.

Joining from the ACT Brumbies in 2014, Prior has been an ever-present and crucial figure in re-establishing the Force, stepping up to the role of skipper in 2018.

The scrum-half, who has made 71 appearances for the club, was this year’s top points scorer for the Force in their historic return to Super Rugby and is delighted to have extended his stay in WA.

“I’ve been here seven years now. I got engaged and we had our first child here in WA, so it certainly feels like home,” the Bundaberg-born number nine said.

“We’ve been through so much together. There’s a group of us that had interest from overseas back in 2017, but we decided to stay and help rebuild this club. For us to get back into Super Rugby this year is something we’re really proud of.

“I feel I’ve played some of my best rugby over the past few years under the guidance of Tim Sampson and Matt Hodgson’s program. We’re building something special as an organisation.”

Having enjoyed success in 2019 with Global Rapid Rugby and the National Rugby Championship, as well as promising performances back in Super Rugby this year, Prior is full of confidence in regard to the direction of the Western Force.

“We want sustainable success and I believe we’ve got the right people involved to make that happen,” Prior explained.

“You look at our history, where we’ve come from and where we’re going, it’s exciting. I feel I’ve got my best years of rugby ahead of me and I want to play that here at the Force.”

The 30-year-old talisman is optimistic about the future of the Force.

“Having developed so many promising young players and having 14 Super Rugby debutants this season is a testament to the program that’s been built here,” Prior noted.

“I can’t thank Andrew and Nicola Forrest enough for their contribution to us all, their work for the club is significant and we all appreciate it.

“Next year, whatever happens, I’m very excited about playing in front of the mighty Sea of Blue at HBF Park, it’s a special stadium for us. The fans have been the main reason and inspiration for us to keep driving this club forward.”

Head coach Tim Sampson added how crucial this signing is for the club.

“It is wonderful news that Ian has committed once again to the Western Force. It is extremely important we retain players such as Ian,” Sampson said.

“He is a quality person and player, and as our captain during the recent Super Rugby AU competition, Ian provided outstanding leadership.”