History of the Western Force

Many years later in 2002, Western Australia began its bid for entry into the international Super 12 competition.

The bid was backed by the WA Government, which loaned more than $1 million to RugbyWA.

On 10 December 2004, there were euphoric scenes when RugbyWA was announced as having beaten Victoria for inclusion in the 2006 Super 14 competition.

Power to the people

When membership was officially launched in July, more than 13,000 were already registered, with around 400 companies expressing interest in hospitality packages.

Soon the Force had the largest membership base of any of the Australian Super 14 teams. By the start of the pre-season, the Force had 16,000 members.

Australian Rugby Union CEO Gary Flowers was quoted as claiming “people power” was a key factor in Western Australia being awarded the licence ahead of Victoria.

On April 19, RugbyWA unveiled the franchise team name – the Western Force – as well as the black swan logo in Perth.

By the end of the first season, the Force finished with the highest crowd average out of all the Australian teams, despite finishing in last place on the Super Rugby ladder.

When the Western Force first entered the Super Rugby tournament, they played their home games at the AFL ground Subiaco Oval.

While wins and losses came and went, early seasons saw the Force hover around the middle of the Super Rugby ladder.

Spurred on by the strongest and most parochial crowd in Super Rugby, the fans continued to support their side featuring their Wallaby stars such as Nathan Sharpe, Matt Giteau, Scott Staniforth, Tai McIsaac, James O’Connor, David Pocock, Digby Ioane, Ryan Cross and Drew Mitchell.

In 2010 Western Force relocated to its new home at the rectangular, 18,000-capacity nib Stadium.

The rise of the club

After a poor finish in the 2012 Super Rugby season, the RugbyWA Board initiated significant change to turn around the fortunes of the club.

Former World Cup-winning Wallaby Michael Foley was appointed Head Coach from the Waratahs for the 2013 season, and substantial investment was made in recruitment to begin to shape a team that would begin the rise up the Super Rugby ranks.

With a new strategic direction, a new recruitment model targeting home-grown talent and a decisive shift away from the limited east coast player pool, the Western Force recorded the club’s most successful season in Super Rugby in 2014.

The season also featured Matt Hodgson, who won the club’s Nathan Sharpe Medal, becoming the first player to reach 100 matches for the club.

Help support the Future of the Force

Show your support for the future of rugby in WA by donating today.

The Western Force are pleased to support local community charities and not-for-profits through fundraising and donation activities. 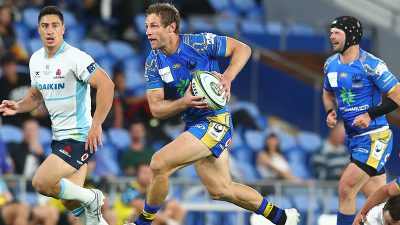 The Western Force is delighted to announce today that Perth-raised centre Kyle Godwin has committed to the club for the 2021 and 2022 season. 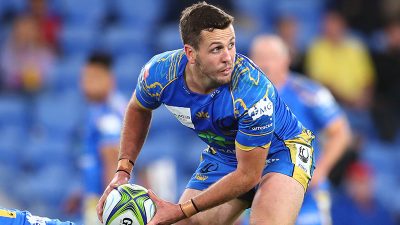 The Western Force is thrilled to announce that captain Ian Prior has signed a new two-year deal to remain at the club. 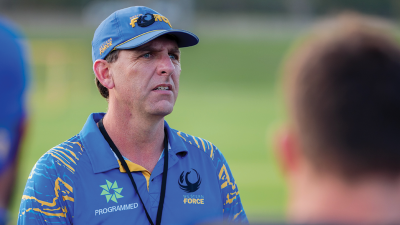 We caught up with Head Coach Tim Sampson to discuss the team’s Super Rugby AU experience.